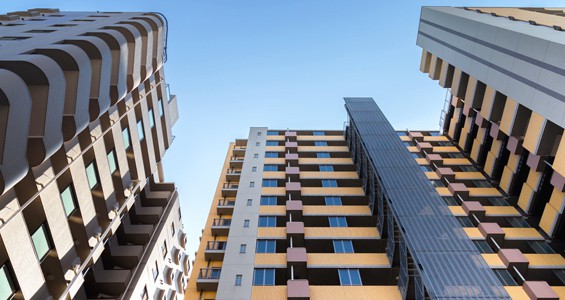 Disputes over Common Property: Do You Always Need a Unanimous Resolution?

More and more these days, people are living in apartment buildings administered by Owners Corporations, of which every apartment owner becomes a member upon the settlement of their purchase.

With the increase in Owners Corporation residency, we have seen an uptick in disputes over such matters as the use of the Common Property, including about car parking spaces and proposed alterations to apartments that can affect Common Property. This affects lot owner members in Victoria just as it does in other parts of Australia.

Human nature being what it is, conflict and disagreement will often make unanimity difficult or impractical to achieve, even if a proposal on the face of it appears to be sensible and with a net benefit to the entire Owners Corporation.

Furthermore, even if a lesser measure is suggested such as the lease or license of an area within the Common Property to a private owner, you would still need a special resolution (75% in favour) from the OC members before this could occur.

This may not be an end to the matter though, because disputes between lot owner members about what is to be done with Common Property can potentially be solved by application to the dedicated Owners Corporation list at VCAT.

Section 34D of the Subdivision Act 1988 enables a member of the Owners Corporation to apply for various orders, including:

i) an order requiring the Owners Corporation (“the OC”) to do any of the things set out in section 32 or 33 of the Subdivision Act [refer to s34D(1)(a)]. Pursuant to section 32, this includes an action by an OC to dispose of the fee simple in all or part of any Common Property vested in it (s 32(a)(i)) or to alter the boundaries of any land affected by the OC, whether or not the alteration results in an increase or decrease of the area of land affected by the OC (s 32(c); or

Such an application under section 34D would be made to the Owners Corporations List at VCAT. Pursuant to subsection 34D(2) the Tribunal may make an order under subsection 34D(1)(a) (as described at paragraph (i) above) even if there is no unanimous resolution of the OC authorising the action.

For the more straight-forward application described at paragraph (ii) above, under subsection 34D(3) the Tribunal must not make such an order unless it is satisfied of certain matters, such as:

(i) A member or members of the OC have refused consent to the proposed action that was voted on in a resolution;

In the VCAT case decision of J&G Knowles & Associates Pty Ltd v Owners Corporation RP12247 (Owners Corporations) [2014] VCAT 98, there was a resolution put forward by the applicant (J&G Knowles) to redevelop a building on the land (Knowles Lodge). The proposed re-development would involve the alteration of the plan of subdivision so that all of the land within the building (26 lots owned by the applicant) plus all that part of the Common Property within the building envelope would become a single lot owned by the applicant.

This re-development would entail not only an alteration to the plan of subdivision in accordance with a survey plan from Hansen Surveying P/L, but also a transfer of the fee simple (ie ownership) in that part of the Common Property on the land that lies within the building envelope of Knowles Lodge.

A Special General Meeting (SGM) was called but the applicant was not able to obtain a unanimous resolution, and instead was able to procure a little over 75% in favour, with a series of private owners opposing the motion. Consequently, the applicant applied to VCAT under s34D(1)(b) for an order whereby the Tribunal would consent to the proposal on behalf of the non-consenting members, and despite their continued objections.

At pages 10-11 of the Decision, the Tribunal outlined four matters that the applicant must demonstrate in order to obtain an order, namely:

(i) There has been a resolution of the members for the OC to do one or more of the things set out in subsections (a) to (m) of section 32 of the Subdivision Act;

(ii) A member has, or members have, refused to consent to the action proposed in the resolution, so that there is no unanimous resolution;

Of course, the four ingredients described above are consistent with the requirements in section 34D(3) of the Subdivision Act. If the requirements are met to the Tribunal’s satisfaction, then the Tribunal may make an order it thinks fit on an application under the section (see subsection (6)) In other words, there is a discretion for the Tribunal on whether or not it makes the order in favour of the applicant, even if the four matters described above are satisfied.

In addition, section 130(1) of the VCAT Act 1998 provides that the power of the Tribunal to make an order includes the power to make the order subject to any conditions or further orders that the Tribunal thinks appropriate.

After hearing argument for and against the proposal, in regard to the validity of the resolution at the SGM and such matters as a fair value of the Common Property area within the building envelope, Senior Member A Vassie made an Order:

(i) consenting, on behalf of OC members who had refused their consent, to the action proposed in the motion that was put to the members on 24 May 2013; and

(ii) imposed a condition that the applicant must pay to the OC such amount for the value of the Knowles Lodge Common Property area as it and a numerical majority of the respondents agree upon OR, failing agreement, as may be determined in accordance with any further order.

Notably, the action consented to involved an alteration of the plan of subdivision and a transfer of the fee simple of part of the Common Property on the land to the applicant (J&G Knowles).

Even though the applicant was successful in this case, costs were ordered against it because it had not made clear that it would be making any payment at all to the OC as consideration for transfer of the Common Property to the applicant. Therefore the Tribunal considered that the objectors had probably been quite justified in refusing consent at the SGM and opposing the motion.

To gain an order from VCAT allowing the exemption to take effect, one would still need at least 75% of the total votes to be in favour of a proposal affecting the Common Property (so there would probably need to be a vote on the substantive proposal first) and to have no votes against the resolution (refer s171(1) of the OC Act 2006). Notably, section 170 states that an Owners Corporation can make the application (not a lot owner member on their own), and that would require a special resolution before the application to VCAT could be made.

If in doubt about your responsibilities and the risk situation in these matters, do not hesitate to engage expert advice and assistance from lawyers well versed in Victorian building regulation and the laws affecting Owners Corporations.