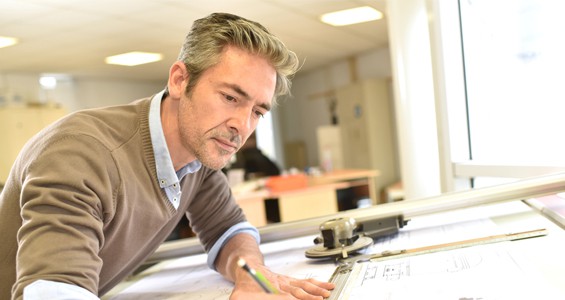 Whilst it is true that an Architect fulfilling a contract administrator role can fall afoul of an already terse Owner versus Builder relationship, where for example the Builder is on the ‘go slow’ or is not attending to defect rectification, the Architect must still be mindful of his/her duties to the Owner client both under statute (e.g. the Architect Regulations) and under contract (the retainer agreement with the Owner ‘Client’).

The need to be both an independent and impartial assessor of Builder claims and also the agent of the Owner in giving directions to the Builder (e.g. to carry out variations), can be akin to walking something of a tightrope for an Architect.

The retainer agreement that the Architect has with the Client may state that he/she must act only in the Client’s best interests, whilst the building contract itself will say that the Architect must be fair and impartial when assessing the Builder’s claims regarding payment and time.

However, while it may seem difficult to avoid becoming the ‘meat in the sandwich’ when a dispute erupts mid-contract between the Owner/Client and the Builder, the Architect needs to seek some stability and guidance from what their clear duties are under the retainer agreement and at law.

Two common snags and pitfalls are to do with ‘conflict of interest’ and even more commonly, variation claims in regard to additional Architectural services.

The Architect retainer agreement will make some provision in regard to the Architect being entitled to charge for additional services at an agreed hourly rate. The caveat will be though that industry standard retainer agreements contain wording that give a measure of protection for Owners. It is not uncommon to see wording such as:

A common complaint we see in Owner versus Architect disagreements is that the additional Architect fee over an extended time, and the extra hourly rate charges, were not properly ‘run past’ the Owner until after the event.

Of course, the strength of an Owner’s defence to a disputed claim for payment will depend on the particular circumstances of the case, but if the Owner can show on balance that there has been a breach of the relevant clause of the retainer agreement, then a trier of fact may later decide that the Owner does not have to pay.

The sad part of these scenarios is that often times the need for extra services or extra time has simply evolved out of the breakdown in contractual relationship between the Builder and the Owner, or because one party or the other to the building contract has breached the building contract.

Further to such contractual provisions in the Architect’s retainer agreement, arguably it would be implied at common law that the Architect must seek an Owner’s consent and agreement before seeking to alter the scope and costs significantly beyond what was agreed at the outset. This is also reinforced by the Architect’s statutory duty owed to Client Owners.

Regard must be had to the Architects Regulations 2015, which in turn incorporates the Victorian Architects Code of Professional Conduct, in Schedule 1 to the Regulation. Section 12 of that Code refers to “conflicts of interest” and the need for an Architect to avoid these, and Section 1 sets out the Architect’s duty to act honestly and with reasonable care and to comply with all applicable laws.

Never favour one side or another in the building contract dynamic, when carrying out the assessor role. The standard Architect administered building contract (e.g. the ABIC suite of agreements) is quite clear that the Architect must be independent and impartial when assessing or valuing such claims as progress payment claims, variations and extension of time requests.

Conflicts of interest by Architects must be avoided period, as they culminate in a clear breach of statutory and contractual duties.

For thirty years, Lovegrove & Cotton have represented builders, building surveyors and building practitioners in Melbourne, Canberra, Sydney and Queensland. Justin Cotton is a leading Australian construction lawyer and widely respected in the building fraternity as evidenced by his appointment as Chairperson of the HIA Industrial Relations and Legal Services Committee, and member of the Regional Executive Committee, for HIA Victorian Chapter. Lovegrove & Cotton can help practitioners resolve any type of building dispute and are preeminent in the area of building practitioner advocacy. If you wish to engage the firm, feel free to contact us via our website or by emailing enquiries@lclawyers.com.au.