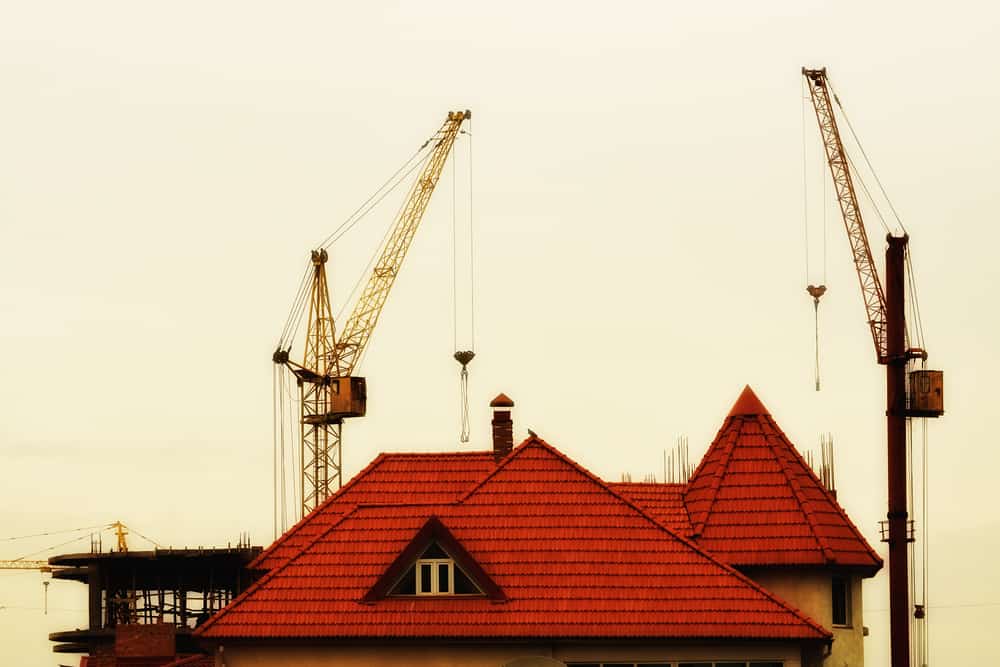 In recent years, legal cases pertaining to airspace rights and crane oversail have been increasingly subject to media coverage and scrutiny. With an abundance of cranes piercing our city skylines, there is little wonder as to why such cases are becoming ever more prominent. As noted by the ABC, Australia’s eastern coast is host to more cranes than the entirety of North America [1]. It is profoundly clear that in this era of prolific crane use, crane safety must be of paramount importance.

In the last month alone, there have been two catastrophic crane failures in Sydney. As reported by the ABC, on the 7th of August, a tower crane operating on a high-rise apartment block at Wolli Creek collapsed due to a mechanical/engineering fault [2]. Worryingly, the crane fell onto an adjoining high-rise residential building. Similarly, in late August, a crane in Sydney Harbour toppled, flinging a section of wire hundreds of meters onto the famous Luna Park entrance [3]. Given incidents such as these, it is evident that crane failures have a very real possibility of damaging adjoining property and the potential to harm residents and the public.

This becomes concerning when one considers the number of suburban developments using cranes in the construction phase. The case law on point is clear; property owners have rights to the airspace above their property (see: Anchor Brewhouse Developments Ltd v Berkley House (Docklands Development) Ltd; Graham v K D Morris & Sons Pty Ltd; Woolerton and Wilson Ltd v. Richard Costain Ltd [1970] 1 WLR 411). These judgements have their roots in the ‘Cujus est Solum Doctrine’ which protects the airspace above one’s property to a height that “is requisite for the proper use or enjoyment of the land.” – His Honour, Griffith J [4]. Crane oversail, therefore, has been established as a matter of trespass.

To summarise the facts of Janney & Ors v Steller Works Pty Ltd, the Developer (defendant) served a Form 3 Protection Work Notice noting that an overhead crane would be used for the development.  Immediately after receiving this notice, the plaintiffs voiced their concerns regarding the crane’s safety.  After repeated discussions with the Developer, the plaintiffs wrote to the Developer requesting that they pay compensation costs for relocation due to safety concerns and the loss of amenity. Otherwise, the crane was not to be installed.  The relevant section of the letter dated 20th April 2017 is as follows:

“Our preference is not to live under a crane boom so we believe that it is fair and reasonable that Steller compensate us to relocate our family to a similar home within Elwood for the duration of the build to ensure our safety and not negatively impact our amenity and our quality of life. The alternative would be that a tower crane is not erected on the site; other large developments in Elwood have been built without the need for a tower crane.”

His Honour, Judge Riordan did not make a determination of an amount of compensation, leaving this as a matter for the parties to negotiate themselves.  However, on the question of the monetary value of a licence arrangement, it was seen plausible that the sum of $106,500 suggested by the plaintiffs during the proceeding was a reasonable sum.  His Honour at paragraph 34 of the decision stated:

“Neither in money terms is the encroachment insignificant.  As Lord Selbourne pointed out in Goodson v Richarson (1874) 9 LR Ch App 221, 224, an interest in land may have ‘precisely the value which that power of veto upon its use creates’.”

It is also important to note that His Honour, in considering the ‘good working rule’ principle established in Shelfer v City of London Electric Lighting Co [1895] 1 Ch 287, 322, stated: “the prospects of the defendant resisting the plaintiffs’ claim for an injunction on this basis are negligible”.  Reflecting on the aforementioned case, His Honour, Judge Riordan did not consider that:

In paragraph 33 of the determination, His Honour made a topical statement regarding the risk of a crane collapse: “Collapses of cranes are not unknown… …Owners of property should not have to live with the fear that at any time the boom of a crane may be above their home and the risk (however small) that it may crash.”

Thus, developers that intend to use cranes that oversail adjoining properties must enter into an arrangement with an adjoining owner prior to starting the Building Works. Suitable and reasonable compensation must be provided for access to adjoining owners’ airspace. In circumstances where no agreement is established, entry may be refused and the adjoining owner will have the ability to obtain an injunction.

If readers find themselves confronted with similar circumstances pertaining to crane oversail, it would be imperative they seek the counsel of a preeminent construction law firm.

For thirty years, Lovegrove & Cotton have represented builders, building surveyors and building practitioners in Melbourne, Canberra, Sydney and Queensland. Doyles Guide ranks Kim Lovegrove as one of the leading construction lawyers in Australia. Justin Cotton, likewise, is a leading Australian construction lawyer and widely respected in the building fraternity as evidenced by his recent elevation to Chairperson of the HIA Industrial Relations and Legal Services Committee, and member of the Regional Executive Committee, for HIA Victorian Chapter. Lovegrove & Cotton can help practitioners resolve any type of building dispute and are preeminent in the area of building practitioner advocacy. If you wish to engage the firm, feel free to contact us via our website or by emailing enquiries@lclawyers.com.au.